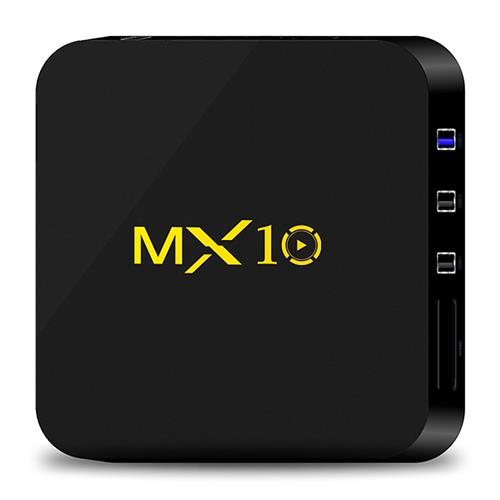 MX10 RK3328 Android TV Box
It is the best choice for you to have the smooth experience to watch the video or play games, for it is equipped with RK3328 quad-core ARM Cortex-A53 CPU. With 4GB DDR3 RAM and 32GB eMMC ROM, you can download whatever you like, keep them and enjoy them. 4K x 2K resolution enables you to feel the most high-definition video! Support 2.4G WiFi.

You can go directly to let your TV and MX10 TV Box are connected through an HDMI cable and set up your home cinema for the best 4K x 2K UHD multimedia experience.

While your average media box might only accept 1080P video playback, this gadget plays just about any 4K sources you could throw at it. Furthermore, it moves out into reality the fantasy of VP9 hardware decoding alongside the H.265.